Research on CBD for Epilepsy – Seizures

Research on CBD Oil for Epilepsy – Seizures in the recent past has been sufficient to bring about a significant development in the pharmaceutical world as of late. In June, 2018 the U.S. Food and Drug Administration (FDA) approved Epidiolex (cannabidiol) for the treatment of two rare and severe forms of epilepsy, Lennox-Gastaut syndrome and Dravet syndrome.1 (https://www.fda.gov/newsevents/newsroom/pressannouncements/ucm611046.htm)

Epidiolex – purified CBD extracted from marijuana – is currently available as a prescription drug in the United States. The anti-convulsant effects of CBD are not confined to these rare forms of epilepsy, however, and the fact that CBD has been approved by the FDA to treat any seizure disorders is an indication of its promise in this area of medicine. For a full list of the medical conditions for which CBD may be useful, please consult our research page.

What we know about CBD Oil & Epilepsy

While researchers are still trying to understand the mechanism, CBD oil appears to offer meaningful reductions in seizures in patients suffering from epilepsy. The evidence base supporting the anti-convulsant effects of CBD is diverse and increasingly compelling – compelling enough for the FDA to approve purified CBD as a safe and effective treatment for certain seizure disorders.

Below is a list of available studies concerning the use of CBD, and other phytocannabinoids, in treating epilepsy.

Research Studies on the effects of CBD oil to treat Epilepsy – Seizures:

While scientists still cannot explain the exact cause of these seizures, several risk factors have been recognized, these include:

Low oxygen to the brain during birth

Low sugar or sodium levels in the blood

Normally, epilepsy is treated using antiepileptic drugs (AEDs) that are designed to stop/control the electrical surge in the brain that causes seizures. These anticonvulsants include clonazepam, phenytoin, phenobarbital, primidone, valproic acid, and ethosuximide. Almost a third of all the patients diagnosed with epilepsy suffer from some kind of refractory epilepsy. Refractory epilepsy, also called intractable, uncontrolled or drug-resistant, are forms of seizures that do not respond even after the patient has completed two trials of different AED medication. Furthermore, most of these treatments come with numerous side effects including: nausea, hair loss, migraines, liver failure, weight gain, double vision, depression, insomnia, sedation, slurred speech, irritability, sedation and mood distortion.

Once the intractable status of the seizures has been established, alternative methods are usually considered, but even these have proven ineffective. As a result, the potential benefits of CBD in treating epilepsy could not come at a better time.

In the U.S. alone, 150,000 people are diagnosed with some form of epilepsy every year and as a matter of fact, one in every twenty-six people will experience a seizure episod eat some point in their lives.

By themselves, seizures are not harmful, however, they may cause other complications that threaten the well-being of the patient. Depending on what one is doing and where someone is when a seizure occurs, there is a great risk of lethal accidents occurring which makes it vital to prevent these convulsions. Considering that we spend $15.5 billion annually to combat this condition in America alone, we can use any help we get, and the use of CBD for epilespy looks promising. 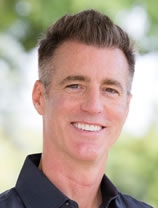 Dr. Jamie Corroon, ND, MPH
Chief Medical Advisor at Green Flower Botanicals
Dr. Jamie Corroon, ND, MPH is the founder and Medical Director of the Center for Medical Cannabis Education, and Chief Medical Advisor at Green Flower Botanicals. Dr. Corroon is a licensed Naturopathic Doctor, peer-reviewed clinical researcher and industry consultant with a focus on medical Cannabis. He has completed certification programs from both the Society of Cannabis Clinicians and the American Academy of Cannabinoid Medicine. He is a member of both organizations and serves on the Research committee for the SCC. Dr. Corroon is committed to investigating the important clinical and public health questions resulting from the broadening acceptance of Cannabis in society. He lives in San Diego, California.

Latest posts by Dr. Jamie Corroon, ND, MPH (see all)
This page has been submitted in cooperation with our Medical Advisor, Dr. Jamie Corroon. Dr. Corroon has reviewed and approved the information contained on this page for general accuracy, authenticity, and relevancy of the stated research. While it is our intent to publish the most up-to-date research available, this review is limited to the material submitted on this page and does not take into account research which may currently exist or supersede this content. This review is for informational purposes only and does not constitute the practice of medicine. CBD products are not approved by the FDA for the diagnosis, cure, mitigation, treatment, or prevention of any disease. You should always seek the advice of your physician before adding any supplement to your diet.

CBD As Treatment For Epileptic Seizures