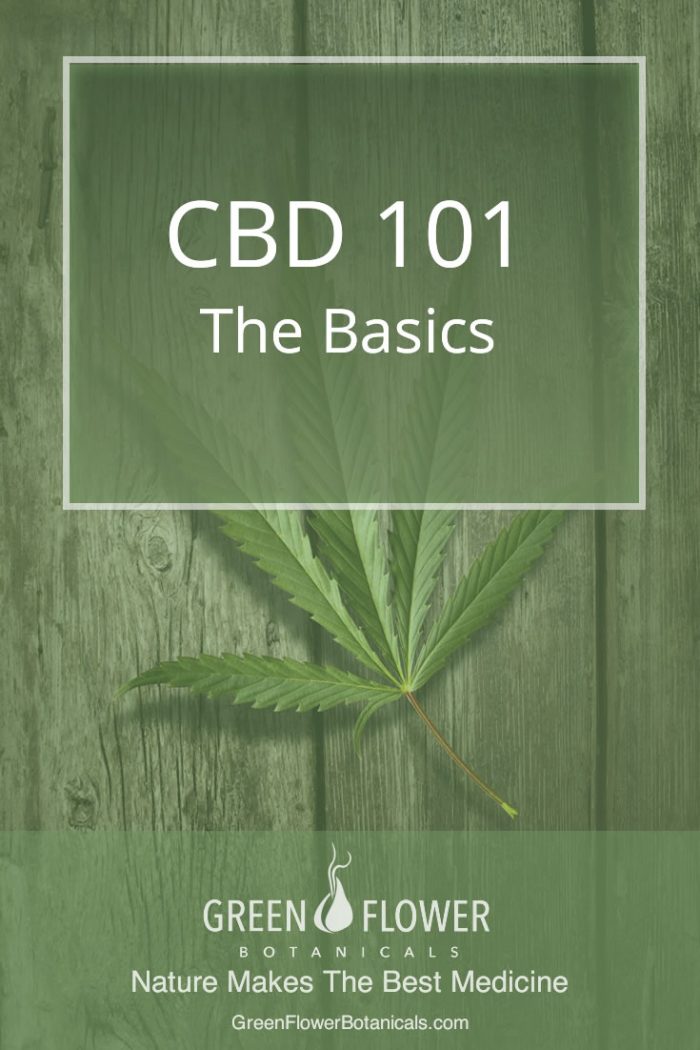 CBD Oil Benefits List – What You Need To Know

CBD oil and it’s benefits are all over the news today, and for good reason.  Research surrounding CBD or Cannabidiol continues to reveal the many ways this natural cannabis compound can benefit the human body and help with a multitude of ailments. From common conditions to those that are more serious and even life-threatening, CBD oil is quickly becoming a viable and all-natural alternative to traditional pharmaceuticals. Due to decades of marijuana prohibition, many people are under the false perception that CBD oil only comes from Marijuana and as such is illegal and unavailable to them. But this is not true.

What is CBD or Cannabidiol?

CBD is one of over 100 compounds found in the cannabis family that belong to a class of molecules called cannabinoids. Of these cannabinoids, CBD (cannabidiol) and THC (tetrahydrocannabinol) are usually present in the highest concentrations and are therefore the most recognized and studied. CBD and THC cannabinoid levels tend to vary in amount and ratio among the various strains of cannabis. Marijuana grown for recreational purposes typically contains much higher levels of THC than CBD. Conversely, the hemp plant will have a higher concentration of  CBD than THC. 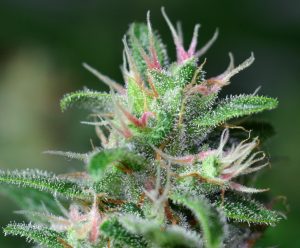 For many people, when they hear the term, “medical marijuana”, they may assume that any medical benefit obtained is exclusive to THC, marijuana’s mind-altering ingredient that makes you “high.” This assumption, though common, is incomplete. While THC does have many beneficial medicinal benefits (and if so inclined, you should avail yourself to them), it can be argued that the bulk of marijuana’s potential as a medicine, is found in the CBD cannabinoid. Unlike THC, CBD oil will not make you high. This is especially good news for those who live in states where medical marijuana is unavailable.

All Health – No High: The medical marijuana alternative?

CBD oil extracted from hemp (the cannabis sister plant to marijuana) provides not only a viable alternative to THC heavy medical marijuana, for many it has become the preferred option. People in search of the health benefits of cannabis and cannabinoid supplementation are able to use a hemp-derived “CBD-Only” product and avoid the intoxicating effects commonly associated with marijuana usage.

This is especially important to parents. Over the last several years, CBD usage has grown significantly among parents with children on the autism spectrum (ASD), those suffering from childhood epilepsy and other pediatric health issues including anxiety and ADHD.  The CBD-Only option delivers the benefits parents want without the dangers of exposing their children to psychological distress that can be caused by exposure to THC.

Hemp-derived CBD has a clinical advantage for doctors and medical practitioners who want to maximize the medicinal benefits of cannabinoid-based medicine while controlling euphoric side effects. Doctors who prescribe medical marijuana, have to concern themselves with the CBD/THC ratio of the product being administered to ensure the patient is getting the desired dosage of CBD, while at the same time, controlling the dosage level of THC in order to eliminate unwanted psychological effects. In cases where THC is desired as a part of treatment, it is not uncommon for practitioners to use a CBD-Only product in conjunction with a THC product to better facilitate precise dosing between the two compounds. Because of its anti-psychotic properties, CBD, when administered alongside THC can be used to actually decrease the euphoric effects of THC. Researchers believe this effect is also one of the reasons CBD is such an effective anxiolytic. 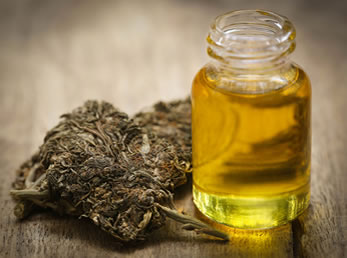 Before the invention of modern-day pharmaceuticals, nature was mankind’s pharmacy. The use of cannabis as medicine has been documented as far back as 2700 B.C. when Emperor Shen Nung, considered to be the Father of Chinese Medicine and the inventor of acupuncture, recommended cannabis as a treatment for more than 100 ailments.

Throughout history, cannabis has been used as a natural healing agent for a multitude of illnesses and health conditions.

Despite the long-term prohibition of cannabis and the misguided propaganda fueled by well-meaning, yet misinformed policymakers – doctors, scientists, and politicians are now discovering what our ancestors have known all along – nature makes incredible medicine.

With a growing number of US states legalizing its medicinal use, cannabis has quickly become one of the most researched plants in history.

An interesting, yet lesser known fact: The U.S. Government actually holds a patent on CBD.

The US Government Patent on Cannabidiol

“The cannabinoids are found to have particular application as neuroprotectants, for example in limiting neurological damage following ischemic insults, such as stroke and trauma, or in the treatment of neurodegenerative diseases, such as Alzheimer’s disease, Parkinson’s disease, and HIV dementia,” – patent no. 6,630,507

Since the time this patent was granted in 2003, research on cannabidiol has continued to unveil new medical possibilities associated with this powerful little cannabinoid. In 2017 alone the National Institute of Health supported 330 research projects totaling over $140 million on cannabinoid research. 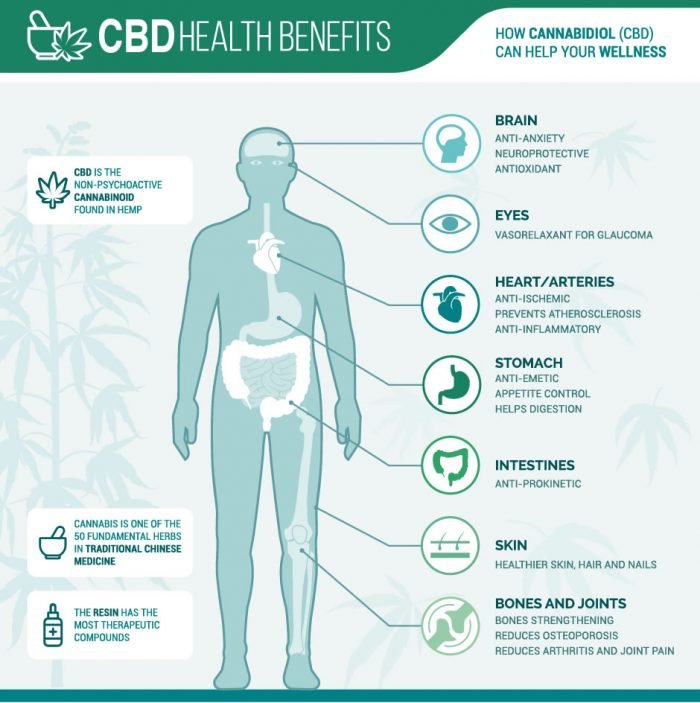 Research associated with CBD oil as a potential treatment for various medical conditions.

Research into cannabis as medicine is ongoing and our understanding of its many potential benefits continues to grow every day. For a more complete list of the research associated with CBD as a treatment for specific conditions, go here.

The first CBD drugs have finally been approved by the FDA.

On June 25th 2018, the U.S. Food and Drug Administration (FDA) made a historic announcement, approving the first new CBD-based drug called Epidiolex. This came three months after a positive recommendation by the Food and Drug Advisory Panel. Experts are now hopeful that this approval will unleash a new wave of studies to find out more of the pharmacological potential of CBD and other cannabinoids in the Cannabis plant.

Epidiolex is a liquid drug developed from a unique strain of cannabis developed by GW Pharmaceuticals PLC. The strain contains high concentrations of CBD (cannabidiol) and very low THC. The drug treats two severe forms of epilepsy, that do not respond to drugs, that is, Dravet syndrome (DS) and Lennox-Gastaut syndrome (LGS).  Epidiolex serves as the first medicine containing a compound derived from Cannabis to be given approval by the FDA.

How CBD Oil Works And The Role Of  The Endocannabinoid System 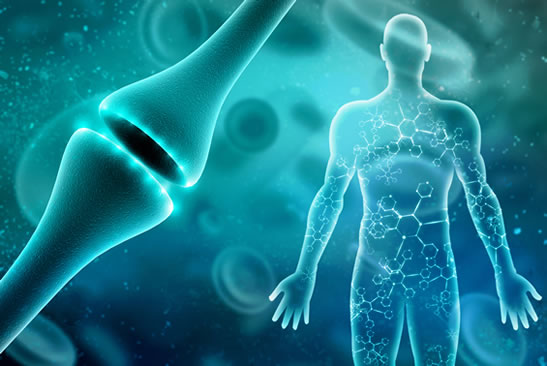 For many of us, when we first encounter this huge list of things that CBD can be used to treat, we are naturally skeptical. Honestly, how can you claim that one substance can be used to treat everything from acne, anxiety, fibromyalgia, cancer and more.

The key to making sense of the many health claims associated with CBD, is to understand the endocannabinoid system itself. The benefit of CBD comes not as a direct action upon a symptom, as much as, a direct action at the system underlying the symptom. Because the ECS is a type of control center for the entire body, when you boost the ECS, you are in effect, boosting the bodies own capacity to heal itself. The reason there is such a wide range of benefit to CBD supplementation is because of the far-reaching range of the endocannabinoid system itself. The ECS and its receptor pathways are found throughout the entire body at a cellular level. In response, some scientists like to refer to CBD as a, “promiscuous compound”, because of its multi-variant ability to connect and act upon the various receptors throughout the body. 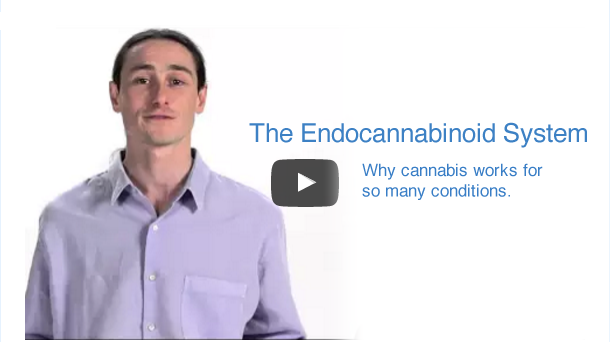 The Endocannabinoid System: Why cannabis works for so many conditions.

CBD products are not approved by the FDA for the diagnosis, cure, mitigation, treatment, or prevention of any disease. We are restricted from making any claims about the efficacy of our specific CBD products to treat or cure any disease or medical conditions. You should always seek the advice of a physician before adding nutritional supplements to your diet.