CBD Drug For Epilepsy Gets Recommendation For FDA Approval 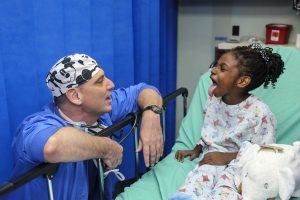 CBD Drug For Epilepsy Gets Recommendation For FDA Approval

On Thursday last week (April 19, 2018), the Food and Drug Advisory Panel (FDA) voted unanimously recommending the approval of a new CBD based drug for epilepsy called Epidiolex by the FDA.

If the agency accepts the recommendation from the 13-member committee, the new CBD treatment for epilepsy will be the first cannabis-extracted medicine to be approved for sale in the U.S. It would also be a the first of a new class of drugs for treating epilepsy. Even though the FDA does not have to follow the advisory committee’s commendations, it often follows them.

The committee’s endorsement of this new medicine bolsters the already promising therapeutic properties of cannabidiol (CBD) which has been prompting people to move to states that have safe access to medicinal products containing this compound. There are more and more reports and studies of CBD being used to treat epileptic disorders especially in children.

Epidiolex and other CBD based drugs for epilepsy
Epidiolex is a liquid drug developed from a proprietary strain of cannabis grown by GW Pharmaceuticals PLC that contains high concentrations of CBD (cannabidiol) and very low THC. Just like THC, CBD too is a cannabinoid that contains medicinal properties without the famous ‘high’ that is usually experienced after ingesting THC.

Epidolex is developed to treat two rare forms of epilepsy, namely: Dravet syndrome (DS) and Lennox-Gastaut syndrome (LGS). Both of these ailments manifest symptoms from early childhood, in some cases, causing seizures even in six-month old babies.

It is important to note…

The FDA approval process for new drugs is notoriously slow, and Epidiolex still needs final approval before the drug becomes available to consumers. However, CBD itself – the active ingredient in Epidiolex- remains readily available. CBD derived from marijuana can be purchased in states with legalized marijuana laws. While CBD derived from hemp is legal to purchase in all 50 states without  prescription. Companies such as Green Flower Botanicals sell CBD products directly to consumers through its website.

The meeting in a nutshell

During the meeting, GW made a presentation, citing findings from three randomized, double-blind, placebo-controlled studies conducted in 51 patients suffering from both DS and LGS over a period of 14 weeks. Two of the trials concentrated on Lennox-Gastaut syndrome while one focused on Dravet syndrome.

In the briefs provided by the agency, it states in part:

“The statistically significant and clinically meaningful results from the three studies provide substantial evidence of the effectiveness of CBD for the treatment of seizures associated with Lennox-Gastaut syndrome and Dravet syndrome.”

As we speak, there are no FDA approved medication in existence for treating Dravet syndrome. In addition, even though there are six different drugs for treating LGS, most of these are not always effective, in most cases leaving patients and families with nothing to fall back to.

According to GW, the major side effects observed in some patients after using the epilepsy drug from CBD included: sleepiness, gastrointestinal issues and the fact that the drug did not work for all subjects. There was also concerns about the effect of Epidiolex on the liver after long-term use.
In the briefing documents, the panel stated that the risk for liver injury is a high concern but this can be mitigated by tracking liver function in the course of medication.

What this means for epilepsy patients and the medical cannabis industry

According to data from the Epilepsy Foundation,

About a third of the 3.4 million people who suffer from epilepsy in the U.S. do not have control over their seizures using the treatment options available.

Some of these have already found relief from using Epidiolex, as is the case with one patient who was involved in the study named Vogelstein from Berkeley, California.

He told the panel:

According to CNN, Vogelstein is the first person to take Epidiolex for epilepsy, and he has been doing so for the past five years. The seizures reduced and he has not had any in the past two years.

“It changed my life,” he concluded.

Though developed for epilepsy, Epidiolex is expected to be subscribed “off label” for other conditions which CBD has proven efficacy for such as multiple sclerosis and arthritis. The FDA should provide its final decision by end of June, and if approved, Vogelstein’s story might be just one of the many whose lives will be transformed in the near future.