Calm and Alert: Blending CBD and Caffeine to Increase Alertness and Decrease Anxiety 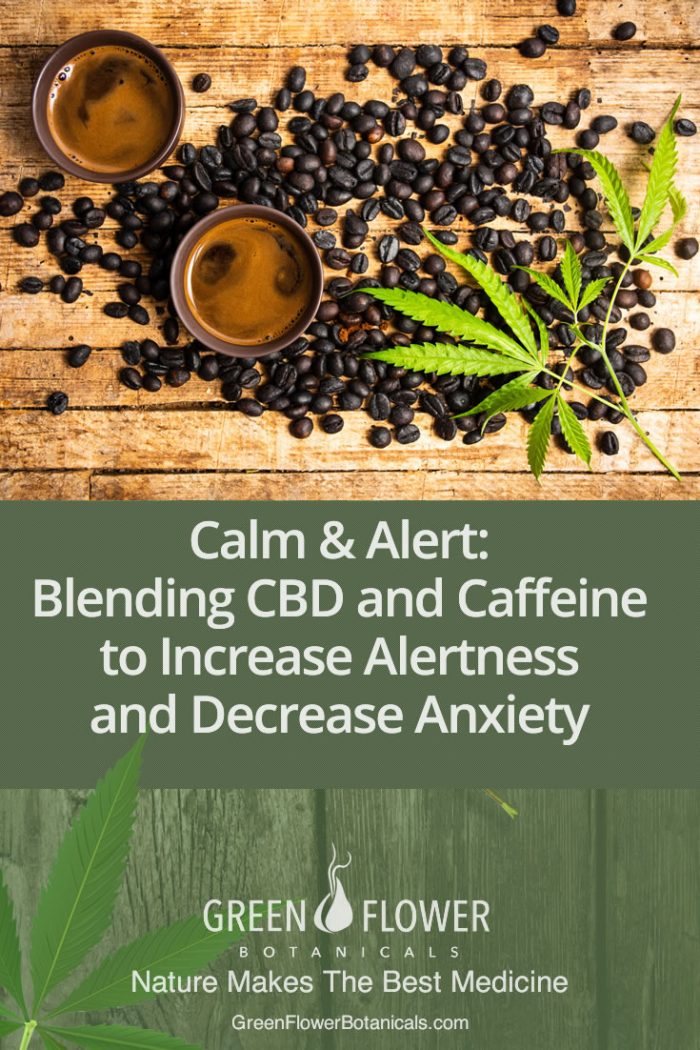 Calm and Alert:
Blending CBD and Caffeine to Increase Alertness and Decrease Anxiety

There are many things in life that put us in a place of calm alertness. For example, when reading a book, our bodies are relaxed and at peace, but our minds are actively engaged in another world. When doing yoga, our bodies are straining to hold difficult positions and engage muscles we don’t commonly use. However, we’re often fully focused on our breath and posture with little else disturbing the mind. This kind of blend of calm and alert is important to human health. It’s the yin and yang that keeps our systems balanced.

Yin and yang exist in our actions because it’s a natural state of being. As a result, our unique bodies are modeled on the same principle. So, despite how good we might look on the outside, it’s easy for our internal systems to be disrupted or imbalanced.

This is also true for our endocannabinoid system (ECS). While most people are not well-educated on how to regulate the ECS, they do it without knowing it. When people consume cannabinoids and drink caffeine, for example, they are consuming a unique blend of compounds that have a special effect on the human body and its ECS. Let’s take an in-depth look at how CBD works together with caffeine to support alertness, decrease anxiety, and create that calm alertness we look for during yoga, when we’re reading, and exploring through life.

How Does Caffeine Impact The Body?

Caffeine use is on the rise around the world. More and more people are relying on its effects to get through their day. Usually, people use coffee for a number of reasons, such as:

Of course, some people just love the taste of coffee. Or, they love cappuccinos, lattes, sodas, or some other form of drink that is high in caffeine. Whatever it is, the results are usually the same. However, caffeine isn’t a psychoactive drug that we consciously dose. According to an interesting study that was published in 2015 in Current Neuropharmacology, the researchers warned of the ubiquity of caffeine in our culture. They said that caffeine, “like other psychoactive substances, can induce abuse and dependence. Furthermore, caffeine, like alcohol and tobacco, is legally used, but, unlike the last two, its sale in the form of high concentration drinks or tablets is not controlled or restricted.”

Every day, there are people getting high doses of caffeine without thinking about it, then pairing it with cannabinoids like CBD without considering the ramifications. So, how does the combination of caffeine and CBD affect people?

What Are The Effects Of Combining Caffeine and CBD? 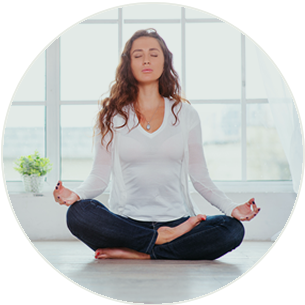 While some of the more intricate mechanisms of the human body are still being figured out, there is a lot of research that has gone into how we operate. A 2009 study in the journal, Neuropharmacology, looked at how caffeine interacts with the endocannabinoid system. What the researchers found was that chronic caffeine use “sensitized GABAergic synapses to the presynaptic effect of cannabinoid CB1 receptor stimulation by exo- and endocannabinoids.” In other words, consuming a lot of caffeine can lead to a more potent effect when cannabinoids bind to the CB1 receptor.

Most importantly, since we’re looking at how caffeine and CBD can help reduce stress. The researchers concluded by noting that “our data suggest that the cannabinoid system is implicated in the psychoactive properties of caffeine and in the ability of caffeine to reduce the pathological consequences of stress.”

Not only does the combination reduce stress and anxiety, it also increases alertness in a physiologically unique way. The researchers of a 2017 study that appeared in Annals of Neurosciences elucidated that mechanism. By increasing the utility of ATP and hydrolysis of glucose, the combination of caffeine and CBD stimulates metabolic functioning. As a result, higher levels of physical functioning and mental acuity can be accessed.

In other words, the combination of cannabis and caffeine has a very unique impact on the body that provides a sense of reduced anxiety. As caffeine interacts with the ECS and primes receptors for cannabinoid use, there’s an automatic stress release. It allows people to remain calm in times of anxiety.

At the same time, however, their stillness is faced with increased metabolic functioning. As the body improves its energy use, performance and alertness rise in tandem. The reduction of anxiety and the increase in the efficacy of metabolism lead to calm alertness that is quite unique to the combination of caffeine and cannabinoids, like CBD.

Can I Consume Caffeine With My CBD? 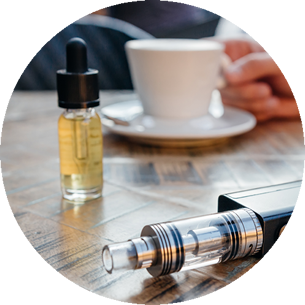 Of course, the most serious questions about your personal health should be directed towards your doctor. Everyone’s body, health, and routine are different and the answer to this question should be more personalized. That being said, the combination of caffeine and CBD is not lethal or toxic. However, caffeine in large doses can be toxic all on its own.

People with heart conditions, blood pressure issues, or other cardiovascular irregularities should be particularly cautious when using caffeine with their CBD.

However, if used appropriately, caffeine and CBD can be used to support alertness, reduce anxiety, and leave people in a place of calm alertness.

What Is The Best Way To Consume CBD With Caffeine?

Perhaps the easiest way to consume CBD with your caffeine is with a CBD tincture taken beforehand or dropped into a cup of coffee. The warm drink will soothe the interior before the caffeine and CBD are absorbed into the bloodstream.

Vaporizing a CBD oil while drinking a cup of coffee works just as well. Both are methods that can rapidly deliver high doses of CBD with stimulating doses of caffeine.

The quick induction of CBD and caffeine ensures that the combined effects are achieved. If you’re looking for a way to achieve calm alertness, consider combining your caffeine with your CBD.

Nicholas Demski
Nicholas is a Staff Writer for Terpenes and Testing Magazine, CBD Health and Wellness Magazine, and more. His work has appeared in Reader's Digest, The Weed Blog, Green Flower, and other awesome outlets. He can be reached at NicholasDDemski@gmail.com