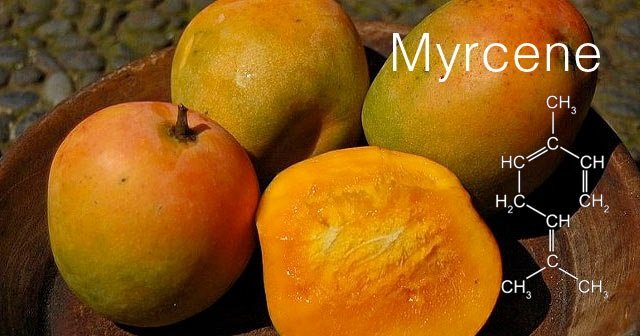 Myrcene is a monoterpene, the smallest of the terpenes, it is found in very high concentrations in sweet basil, hops, mangoes and cannabis. Myrcene is described as possessing an earthy, fruity clove-like odor, but can be very pungent in higher concentrations, as in heavily hopped beers. Not surprisingly, hops and cannabis are cousins, both members of the family Cannabaceae. Myrcene gets its name from Myrcia sphaerocarpa, a medicinal shrub from Brazil that contains very high amounts of myrcene which has been used there for ages as a folk remedy for diabetes, dysentery, diarrhea, and hypertension. A 1997 study conducted in Switzerland analyzed various cannabis strains for 16 terpenes and found myrcene to be the most abundant terpene out of those studied (others include Pinene, Limonene, Carene, Humulene, Bergamotene, Terpinolene, and Caryophyllene). For some strains, the myrcene content can be over half the total terpene content.

Myrcene is crucial in the formation of other terpenes and it synergizes the antibiotic potential of other terpenes. One reason why myrcene could be so commonly found in cannabis is that it has been shown to change the permeability of cell membranes to allow more absorption of cannabinoids by the brain. This effect of myrcene has been known about since the 1970s and long ago spawned a rumor that eating a ripe mango before smoking would get you higher. According to recent information published by Steep Hill Labs, a major cannabis testing laboratory in the Bay Area, for most people eating a fresh mango 45 minutes before inhaling cannabis will increase the effects of that cannabis. Rev. Dr. Kymron de Cesare of Steep Hill is an advocate of what he calls “overlapping synergies” between myrcene and other terpenes with the various cannabinoids, such as how myrcene makes THC more effective. 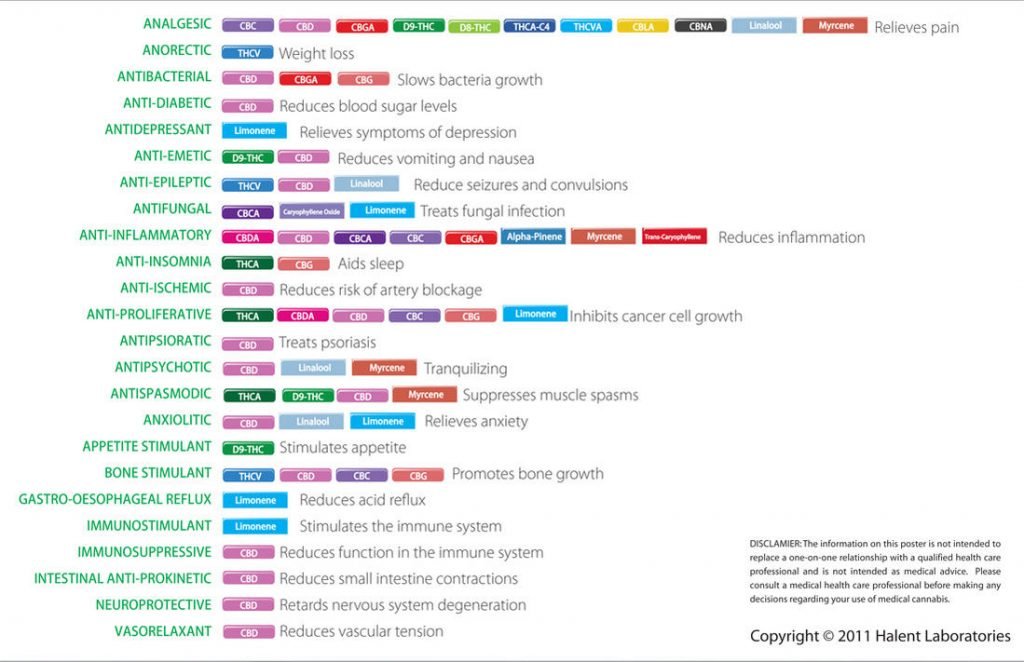