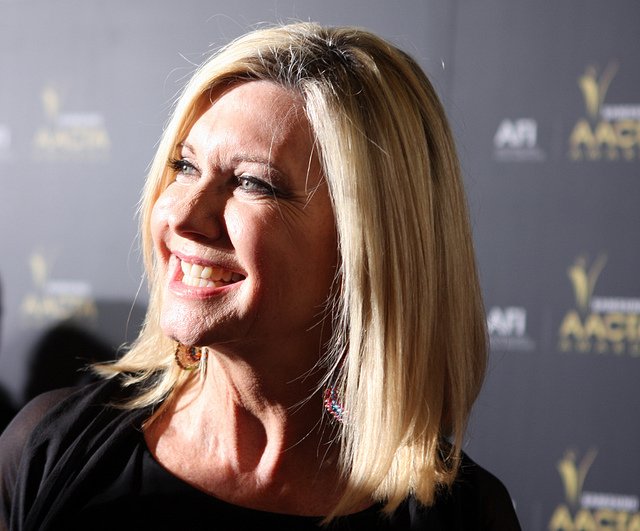 Back in the 1990s, the world was shocked and saddened to hear Olivia Newton-John was facing a breast cancer battle but she came through and entered remission. Sadly, cancer has now returned and Newton-John announced she would be treating the issue with some natural wellness therapies as well as regular treatment.

At first, she didn’t state the exact natural therapies she would be using but we have learned more thanks to an Instagram post by Chloe Rose Lattanzi; Newton-John’s daughter.

“My mom and best friend is going to be fine. She will be using medicine that I often talk about. CBD oil! (Cannabis has scientifically proven properties to inhibit cancer cell growth) and other natural healing remedies plus modern medicine to beat this,” Lattanzi wrote.

What is CBD Oil?

If you’ve never heard the term before, CBD oil is actually cannabis oil from the hemp plant. How will this help in Newton-John’s battle with cancer? First and foremost, we should state CBD is actually short for ‘cannabidiol’ which is a compound found within the cannabis plant itself; in each plant, there are several ‘cannabinoids’ and this is just one being used. According to Allan Frankel, M.D., a medicinal cannabis expert from California, some cannabinoids can have an anti-cancer effect.

CBD oil is quickly becoming a popular alternative treatment to fight cancer at a cellular level, as well as, various side effects associated with modern treatments such as chemotherapy. Since there aren’t high levels of THC in this compound, the user will not get high and this is one of the key attracting factors for many patients.

In recent years, CBD has been gaining much attention in the medical world as studies and numerous pieces of research continue to find and confirm its medicinal qualities. Not only can CBD fight inflammation, it can also help to reduce psychosis, anxiety, seizures, PTSD, and depression.

More and more studies are surfacing in support of CBD as a powerful anticancer agent (as recently acknowledged by the U.S. government’s National Cancer Institute).

In the introduction, the authors note:

“Breast cancer is the second leading cause of cancer-related death in women in the United States. Conventional treatment options are often limited by toxicity or acquired resistance, and novel agents are needed. We analyzed the effects of the Cannabis sativa constituent, cannabidiol (CBD), a potent, natural compound with reported activity in breast cancer cell lines, and elucidated its effects on key neoplastic pathways.

Later on in the paper, they write:

“We found that CBD inhibited the survival of both estrogen receptor-positive and estrogen receptor-negative breast cancer cell lines and induced apoptosis in a concentration-dependent manner. Moreover, at these concentrations, CBD had little effect on MCF-10A cells, nontumorigenic, mammary cells. These data enhance the desirability of CBD as an anticancer agent, because they suggest that CBD preferentially kills breast cancer cells, while minimizing damage to normal breast tissue.”

As more and more research supports CBD as an anti-cancer agent, it could hold the potential to augment or replace conventional treatments, such as chemotherapy, which often cause significant harm to healthy cells and may catalyze undesirable and potentially devastating side effects.

According to the authors of the paper, we can see that CBD is able to coordinate two processes in order to destroy breast cancer cells: autophagy and apoptosis.

By balancing these two processes, the right cells can be killed rather than unnecessarily damaging healthy cells. In the grand scheme of things, this is very new so there is still a significant amount to learn and take forward. However, it is certainly a strong start and one that signals perhaps more positive news in the future.

Currently, most experts and medical professionals are taking this news with caution since there is still a long way to go with many studies still to be undertaken. In terms of CBD fighting cancer, the opinion is still being formed. Like Newton-John, experts recommend that, if you want to try CBD as an approach to cancer, you do it alongside traditional treatment methods rather than replacing it entirely.

Here at Green Flower Botanicals, we caution potential CBD oil users, that all CBD and Hemp oils are not created equal. The market has been flooded with vendors making outrageous claims and selling hemp oils with very little to no actual CBD content. Our recommendation to shoppers looking for CBD oil is to make sure they are purchasing a high strength full-spectrum CBD hemp oil with a CBD content of 75% or more.

We send our prayers and well wishes to Olivia Newton John and all women fighting the battle with breast cancer. May you continue to find strength and encouragement in your quest for health, vitality, and joy,