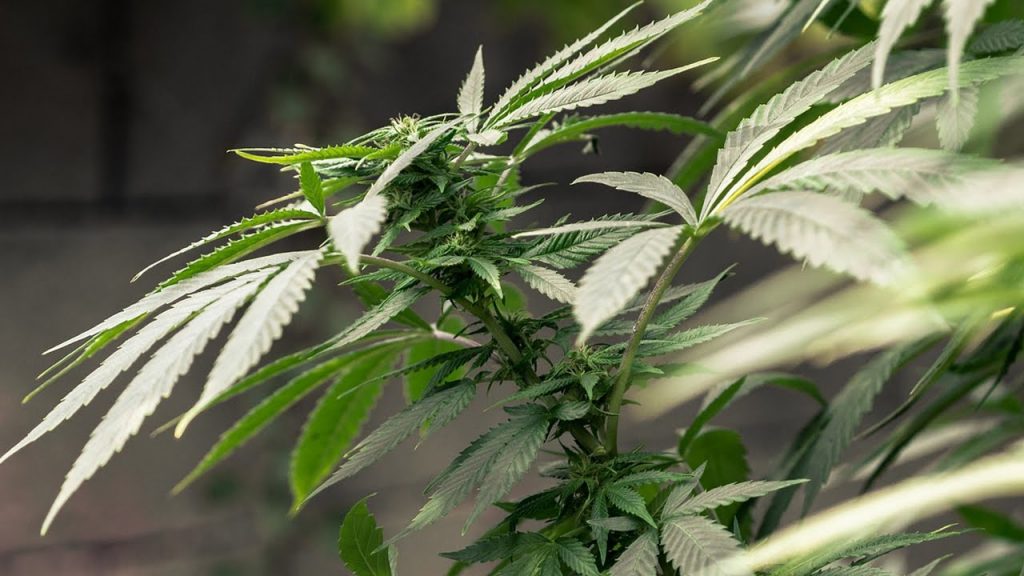 Cannabidiol (CBD) has been the focus of many medical cannabis studies, and continues to prove itself as a powerful anti-inflammatory drug. What makes CBD even more desirable for some patients is that it does not cause the psychoactive effects associated with tetrahydrocannabinol (THC).

An extremely interesting study (Overcoming the Bell-Shaped Dose-Response of Cannabidiol by using Cannabis Extract Enriched in Cannabidiol) was  (in Feb, 2015) published out of the Lautenberg Center for General and Tumor Immunology in Jerusalem. The study examines the effectiveness of administering isolated cannabinoid extracts (a CBD-only formula) versus whole plant extracts (which contain the full range of the plant’s cannabinoid content).

The Hadassah Medical School at the Hebrew University of Jerusalem sought to compare the effectiveness of a completely purified CBD extract versus a full-spectrum extract of cannabis flowers containing large quantities of CBD. The conclusion of the study was that the whole plant extract, which contained a large percentage of CBD but also contained traces of the other cannabinoids, proved far more effective than CBD-only solutions in alleviating inflammation and pain sensation. The study demonstrated that a whole plant extract, containing the entire range of cannabinoids present in raw cannabis, will continue to provide relief for inflammation as the dose is increased. When supplied as an isolated cannabinoid extract, CBD on its own yielded a bell-curve of effectiveness, which is not desirable for medical treatments seeking effective relief that corresponds with the dosage. 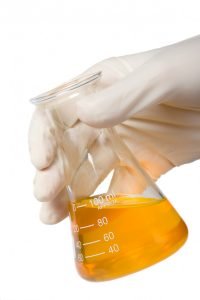 The purified CBD was acquired from THC Pharm. GmbH (Frankfurt, Germany) to act as the pharmaceutical grade isolated extract. For the whole plant extract, flowers from the clone 202 (proprietary strain: Avidekel) were supplied by the government-approved growers Tikun Olam Company. Bred to be rich in CBD, the raw flowers of this whole plant extract were ground up and cannabinoids were extracted using the solvent ethanol. The pure CBD extract and the full-spectrum extract were formulated for both injection and oral administration. The tests were performed on ethically-approved lab mice from Hadassah Medical School. In addition to a control group, the commercial drugs aspirin and tramadol were used on separate sets of mice to further compare the effectiveness of synthetic isolations versus whole plant extracts. The study was represented by 10-12 mice per treatment group, using known laboratory methods for measuring reductions in inflammation and pain sensation (described at length in the study). The results clearly show the medical benefit of extracting all the different compounds from the entirety of the raw cannabis flower, rather than extraction of a single cannabinoid.

Results Of CBD Only vs. Full-Spectrum on Inflammation and Pain

The data graphs below compare isolated cannabidiol (CBD) against a full-spectrum cannabis extract (from a CBD-rich strain). In all of the tests, the isolated CBD was ineffective both before and after a certain dosage, while the effectiveness of the full-spectrum solution continued to increase as higher doses were administered. The results all indicate that CBD is only effective against swelling and pain at a certain dose, and that cannabis solutions containing a full range of cannabinoids will continue to provide corresponding effects as the dosage is increased.

Injections: The isolated CBD injection was moderately effective at 5 mg/kg, but became less effective when the dose was higher. The shape of the graph resembles a bell-curve, indicating that the CBD-only formula lost effectiveness after a certain dose. The results from the cannabis flower extract showed that the synergy between the cannabinoids yielded greater relief as the dosage was increased, which is desirable in medicine. 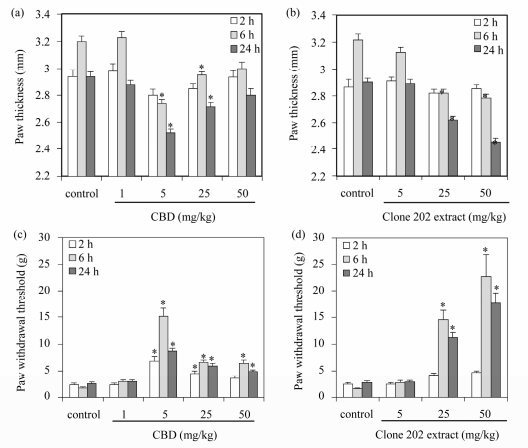 Oral Consumption: When the CBD and the full-spectrum extract where administered orally, the results were extremely similar to the injection test. Graph (c) shows CBD peaking at 25 mg/kg, and then losing any additional efficacy as the dose was increased. The whole plant extract provided more relief for inflammation and pain sensation as the dose was increased. It is important for the effects of the medication to reflect the dosage, as every patient is different and will require unique treatment based on aspects like tolerance. 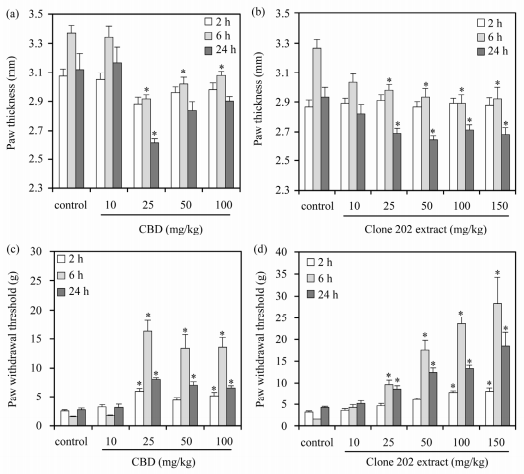 Measuring Levels of TNFα: Production of TNFα (tumor necrosis factor alpha) in the body leads to swelling from fluid accumulation in body tissues. The figure below represents the effectiveness of CBD and whole plant extract in suppressing TNFα production and reducing swelling. CBD proved effective only at a specific dose (25 mg/kg), while again the full-spectrum extract (concentrated from CBD-rich flowers) continued to suppress TNFα production to extremely low levels as dosage was increased. 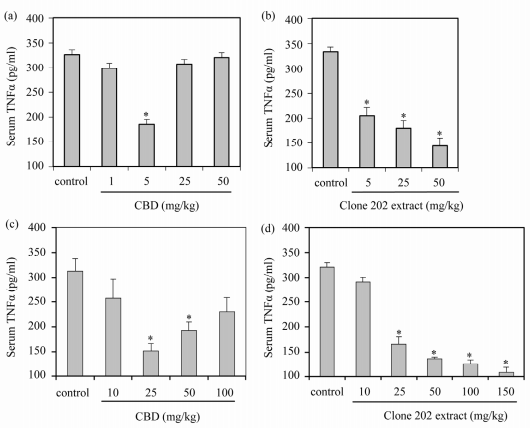 Reduction in Levels of TNFα (source) 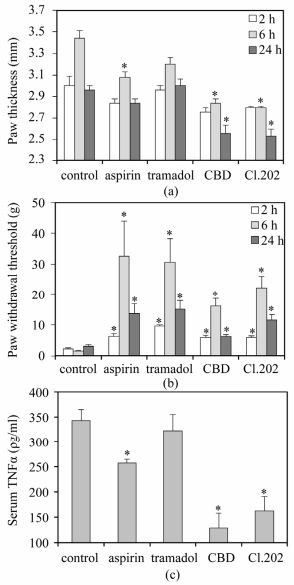 Cannabis studies continue to legitimize the medical relevance of the different cannabinoids. However, this study shows the importance of treating ailments using the full range of cannabinoids available. Gallily, Yekhtim, and Hanus, the authors of this study from the Hebrew University of Jerusalem, conclude that cannabis extracts, specifically cannabidiol, can be more effective for anti-inflammation treatment than the familiar commercial drugs on pharmacy shelves.

This study is important because it confirms the importance of cannabis as both medication and a natural plant. Many pharmaceutical companies have been trying to create synthetic derivatives of the different cannabinoids, but it turns out that the entirety of the raw cannabis plant is more beneficial than a single isolated cannabinoid. The results of this study are extremely promising for the future of cannabis science and medicine.

The anti-inflammatory potential of CBD continues to be supported by an ever-growing body of research. If you would like to read the full collection of research on the use of Full-Spectrum Hemp Oil to treat inflammation, visit the inflammation research page at Green Flower Botanicals.