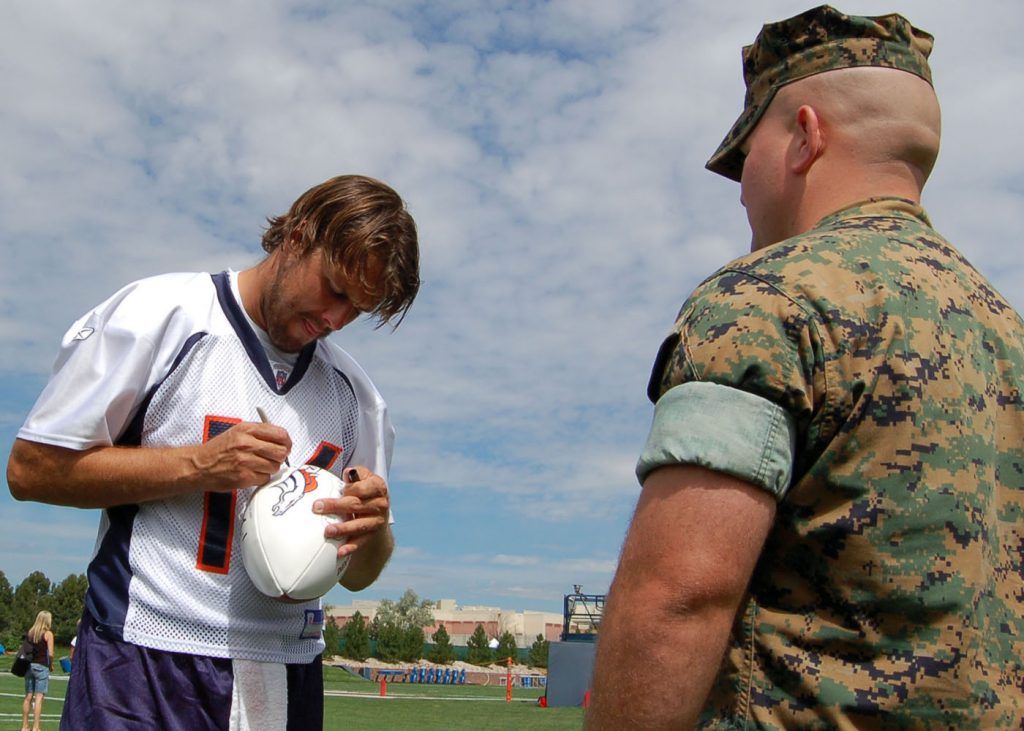 Jake Plummer, the former quarterback for Broncos, has teamed up with Realm of Caring, a nonprofit organization from Colorado. The purpose of this collaboration is to auction off game-day packages so that fans can benefit from cannabinoids research.

With this fundraiser, fans now have the option of purchasing VIP packages for the Broncos game on November 19, where the team is playing against the Bengals. During this game, Red Miller (the former coach) will be added to the Ring of Fame, and afterward, Terrell Davis will also be given his Pro-Football “Hall of Fame” ring.

The package will include a tailgate of Plummer, as well as of some other former teammates. It will also include other perks such as a signed football, a seat in the lower area of the Sports Authority Field, and a pregame access to the sidelines.

There is also a limited number of packages of “Game Day with the Snake” that can be purchased directly from the Realm of Caring website, at www.theroc.us/gameday. Also, those who already have tickets for the November 4th game of the Broncos can get a “Tailgate with the Snake” package where they can go along with Plummer to a private party before kicking off to the game. Bear in mind, however, that there is a limited number of these packages.

The aim of this campaign is to further increase the cannabis research – specifically, the medical effects that cannabidiol (CBD) brings to the table.

Together with Realm of Caring, a nonprofit organization that promotes cannabis research and provides educational resources, they continue the newborn tradition of offering game-day experiences. The first fundraiser took place last year, with the intention of raising awareness and funds.

Together with several current and former NFL players, Plummer has pushed for cannabidiol to be allowed as medical treatment. Since it is known to have pain-relieving and anti-inflammatory properties, it is believed to be a safer alternative to the habitual opioids that players usually receive.

The Players Association for the NFL already brought together a pain management committee where they can research on – among other issues – the benefits of cannabis as a safer pain-treating option.

At the moment, the NFL doesn’t allow for players to consume more than 35 nanograms of THC (tetrahydrocannabinol, the psychoactive compound present in marijuana) per urine millimeter.

The CBD that has been extracted from hemp presents much lower levels of THC, to the point where they could only be called “traces.” Still, any amount, regardless of the level, can be very risky for an NFL player.

The money that will be raised from this Game Day experience will be pushed into the cannabinoids research. This way, they can exploit its full potential of treating pain as well as the symptoms of chronic traumatic encephalopathy and traumatic brain injuries.